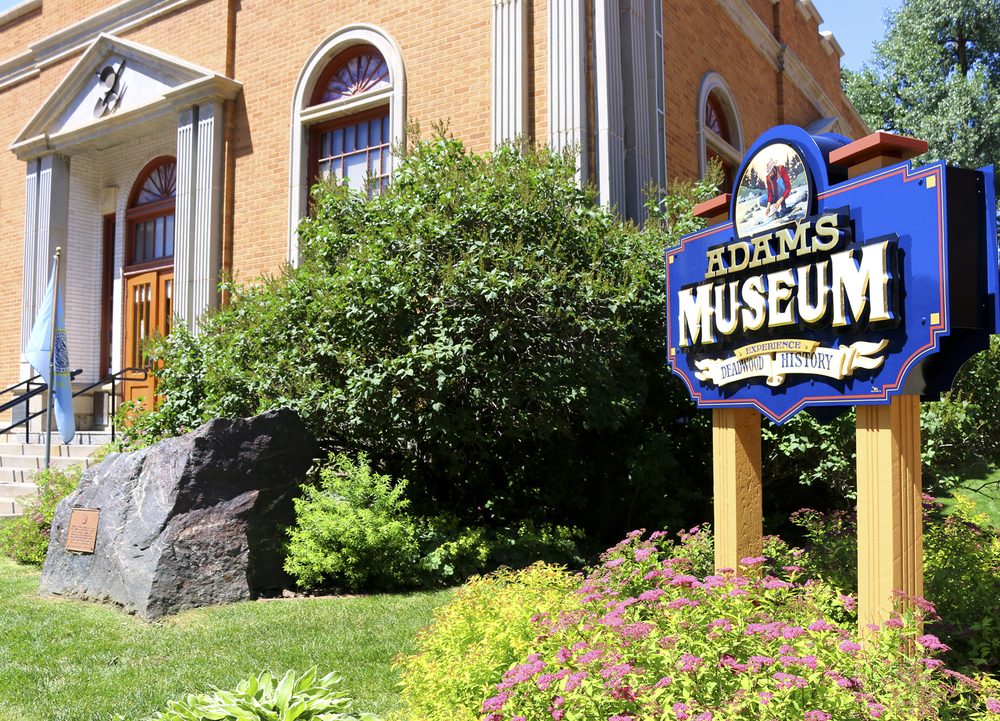 In 1930 pioneer businessman W.E. Adams founded the Adams Museum in downtown Deadwood with the purpose of preserving and displaying the history of the Black Hills. He donated the building to the City of Deadwood and placed the operation of the organization in the hands of a board of directors. The board oversaw the collecting of some of the Black Hills’ greatest treasures including Potato Creek Johnny’s gold nugget, beloved American illustrator N.C. Wyeth’s pencil sketch drawing of Western legend Wild Bill Hickok, the mysterious Thoen Stone record of the Ezra Kind party’s discovery of gold in the Hills in the 1830s and a one-of-a-kind plesiosaur (marine reptile). In 1989 South Dakotans gave Deadwood a second renaissance by voting to allow limited stakes gaming with tax proceeds benefiting historic preservation. This breathed new life into the Adams Museum, giving the City of Deadwood and the Adams Museum board the opportunity to hire a professionally trained museum staff with the goal of restoring the building, instituting professional collections management practices, creating engaging and educational exhibitions and developing community based public programming. In 2005, the Adams Museum underwent a major renovation of the then 75-year-old building to address safety issues, make the facility more accessible to people with disabilities and to improve public programming spaces. The Adams Museum is wheel-chair accessible. In addition to exhibits on all three levels, a western history bookstore is included on the main floor and restrooms and a meeting room are located on the lower level.

This town has so much history for only being established in 1876. Many of the stories can be found in this museum. Be sure to stop in and read up about it. Read more

Learn about the tall tales of the Wild, Wild West at The Adams Museum. Founded by a prominent, pioneer businessman in 1930, W.E. Adams aimed to preserve and pay tribute to the sorted saga of the... Read more

No visit to Deadwood would be complete without a trip to the Adams Museum! The museum is donation only, so as others have suggested, bring some cash. They've got a little bit of everything, from... Read more